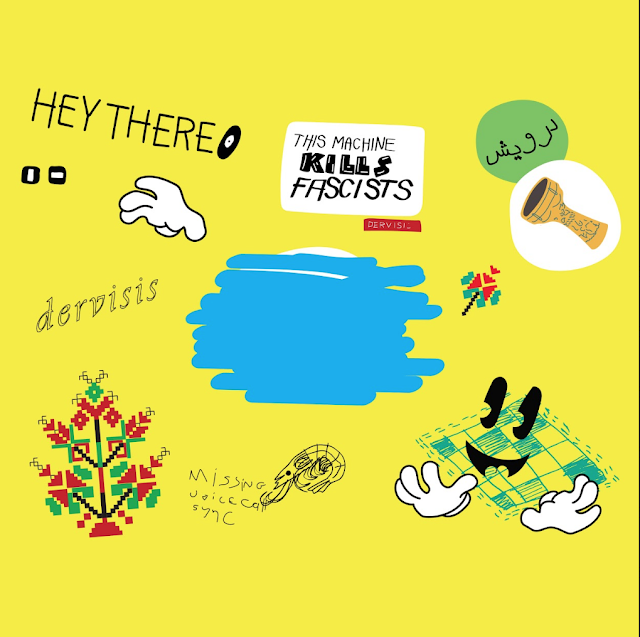 Initially releasing music under the moniker of Kid Flicks from 2010-2017, Dervisis has now traded this in for his given name, seizing each moment and demanding the future. During his time as Kid Flicks, Dervisis performed at festivals such as Glimps (2015) in Belgium alongside Bill Ryder-Jones and Hiele, Fengaros (2017) in Cyprus alongside Fantastic Negrito, Bombino and Xylouris White, Eurosonic (2017) in the Netherlands alongside Dua Lipa and Alma.

Born in Athens, Greece, Nikolaos Dervisis grew up on punk influences, playing his first gig at an anti-war anarchist festival before diving into the experimental musical realm. After performing together with a few bands in his early years, Dervisis soon realized where his true calling was. After receiving a BA in Graphic Design, he then started to experiment between his hometown of Athens and whilst staying in London, by building up an archive of unheard material, and soon after, earned himself a Master of Music degree at Goldsmith, University of London. Influenced by a multitude of different genres and emotions from the electronic throbs of Burial to the soulful stirs of Stevie Wonder, from the stylings of Turkish percussionist Okay Temiz, right down to the experimental quirks of Sun City Girls.

Dervisis’ debut EP is something of a future-classic; lush, atmospheric textures roll in-and-out throughout the entire three-track offering like a colour-drenched, dream-induced oil painting.

Speaking of “EP”, Dervisis explains: “Both tracks derive from a larger batch of music I’ve been working on for past 10 months, between my London flat, where I stayed until November 2017 and in my friend’s flat in Athens. Because my main instrument is the laptop, I love not actually having a studio and being sort of a music nomad. I love including the influence of any place’s energy while experiencing it. And by “any place” I don’t mean a different continent, could be a nice cafe or a friend’s kitchen.”