We spoke to duo Komplement about their gear, creative process and upcoming work. 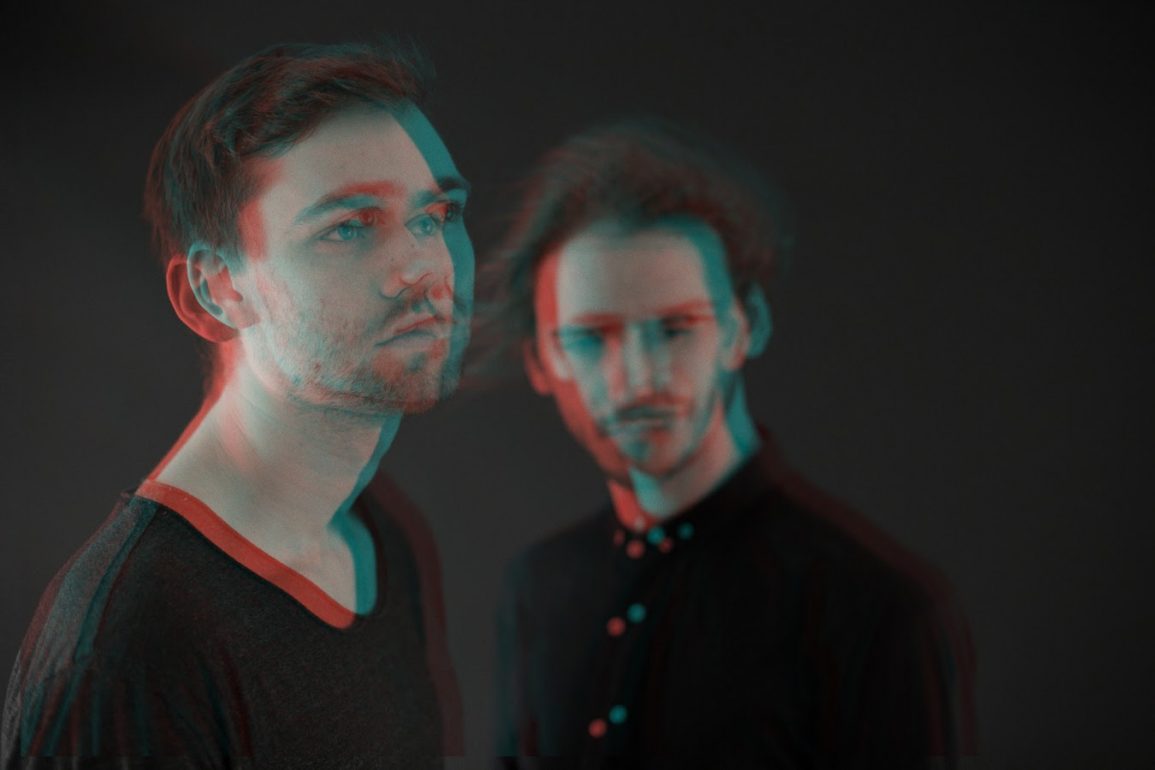 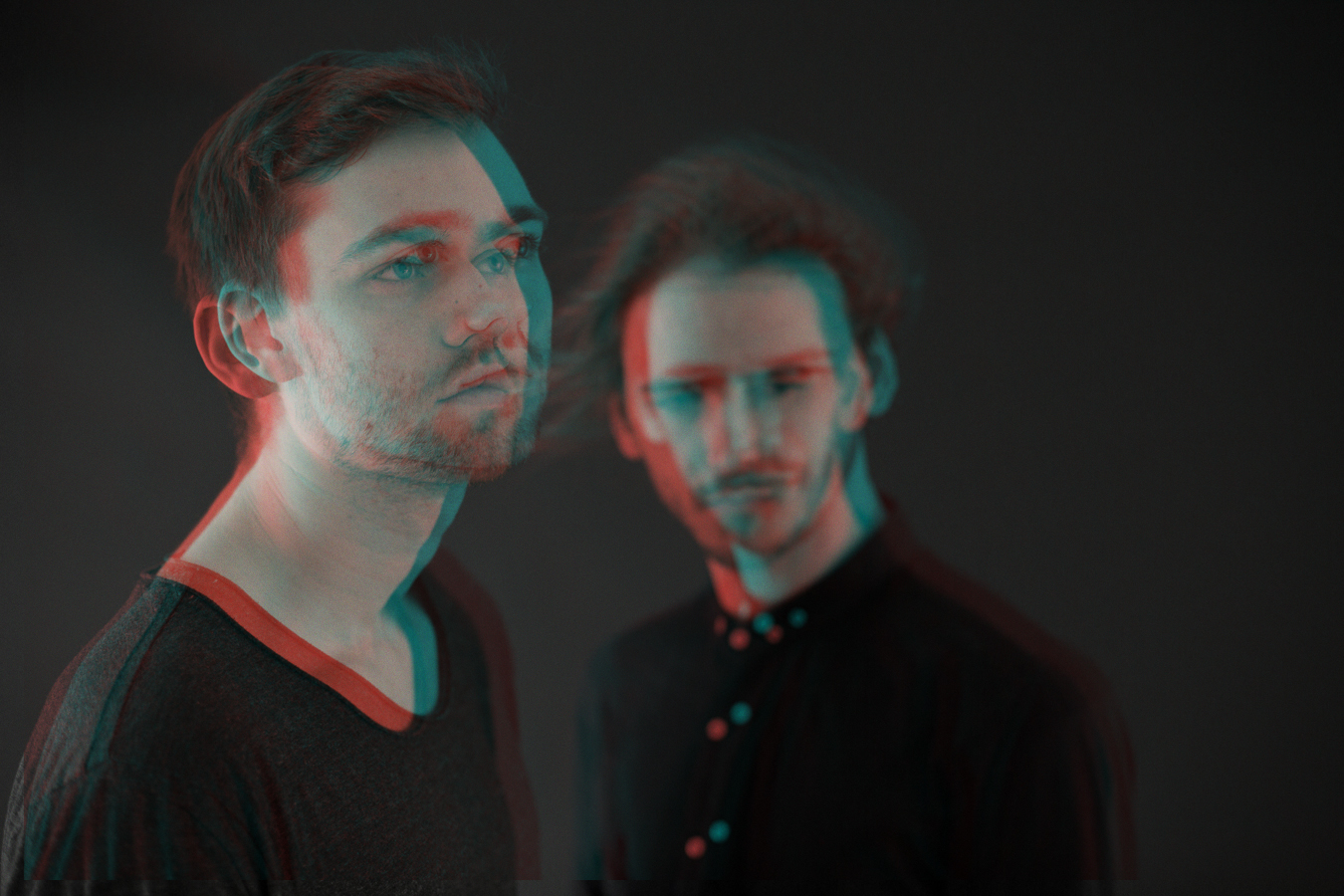 Germany-based producer duo Komplement are two solo acts who came together to start something new. Sebastian, known for the multi-instrumentalist act De Rien and Robert who is the singer/songwriter behind Head Under Water struck creative gold when they produced the single ‘Soar’ together about a year ago. It didn’t take them long to notice that they have something special as the soon started touring together, putting on live performances across Germany and beyond.

Komplement has lots of big things planned for the future, and after the release of their single ‘Dust’, the wider electronic music community started to take notice of the duo’s potential. If you’re ever having a hard day, simply put on ‘Dust’ and let the calming synth and soothing vocals take control and calm you down.

On the track ‘Dust’, Komplement said:

‘Dust’ is a washing in and out of focus, carried by it’s interchange of colours and the rolling forward momentum of the synthesiser and drums.

To those not familiar with you, how would you describe your sound?
Robert: We merge songwriter material with live electronic expressiveness. Sometimes chill, sometimes melancholic, sometimes with a rolling groove. We’re still not sure about the exact genre – It’s not that we try to deviate from clear labeling, it just doesn’t turn out that way.
Sebastian: At times, it gets soul-ish, but with a certain restraint about it.

How did Komplement form and what motivated you to follow a career in music?
R: It was quite an odd thing – we knew each other only very briefly and actually didn’t have much to say to each other. That changed fundamentally, when, one evening, we ended up in a studio together. The song we wrote and recorded that night was total new ground for us and was very well received, which motivated us to continue. And we’ve been doing just that ever since.

Which three albums have influenced you the most creatively?
S: Steve Reich – Music For 18 Musicians, Calvin Harris – I Created Disco, Robert Glasper – Black Radio.
R: For me it would have to be Bon Iver – 22 A Million, Björk – Homogenic and Jon Hopkins – Immunity.

Take us through your songwriting process. Are there any particular steps you take when putting music together?
S: For me, the majority of new stuff is a result of me jamming on a beat, finding the right vibe. In just a few cases, specific melodies were the first step of a production.
R: I’m a bit more of a traditional composer, or songwriter. I have what could be called a holistic approach, trying to juggle the whole thing at once in my head, creating lyrics, chords and melody simultaneously – works best when you’re totally in the moment, though. I try to setup the perfect environment and remove distractions. 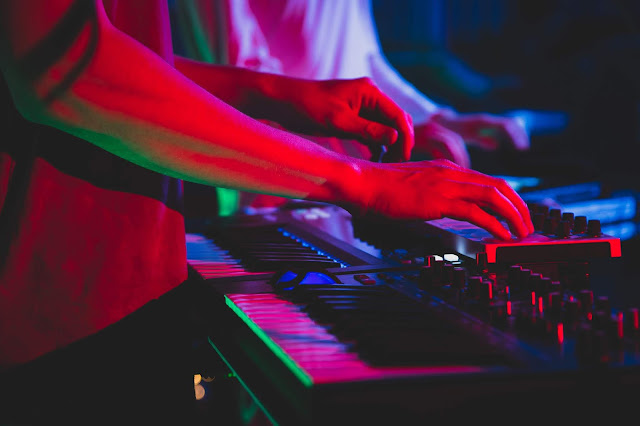 What has been your most memorable performance so far?
R: Early this summer we played a very private show at a boutique in Cologne. It was an unusual location, clothes hanging around and street noise pouring in. A neighbour came by, who happened to have a filming studio around the corner and he brought over loads of lighting and projection equipment – we started playing as the sun set, the lighting and the location brought a really special feel to the whole show.

And which performance would you prefer to forget?
S: Any moment in a show where our live setups spun out of control. Never happens. Almost…
R: As for shows, well, let’s say there was a slight case of miscommunicated vision once. It turned out the host just really wanted us to jam with the other people who were there. What he originally pitched was a showcase, though, and we expected to play a set. It ended up being a nice jam session, but there was quite a bit of confusion in the air.

When on stage, what do you always need close by?
R: The power adapter for my Push. Without it, my LEDs are only on like 30% brightness, which makes playing in just a bit of sunlight a real challenge, because you effectively can’t see what you’re doing.
S: During festival season, this would be a small towel. Otherwise I’m almost drowning in sweat. 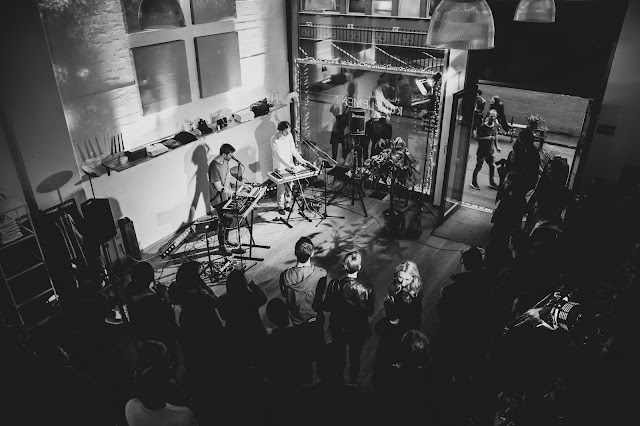 If you could collaborate with, or perform alongside any artist, who would it be? And why?
S: Spending a day in the studio with Modeselektor might be very inspiring. Not for learning about their musical style per se, but rather for catching a glimpse of their workflow.
R: I was always in love with Lisa Hannigans vocals – there’s a raw, otherworldly beauty to her expressiveness. I would love to just sing some harmonies with her.

Studio work and music creation or performing and interacting with a live audience, which do you prefer?
R: The studio is a safe haven for me and my musical thoughts – there’s few places I feel as comfortable in, even if it’s also a place of nerve wrecking work. The live experience is great when you’re actually playing, but set-up, soundcheck and being on time can be pretty stressful, when you’re mind insists on a really good sound, which is not always achievable, with what is often not enough time.
S: My musical origins predominantly lie in the performative. Although I dig the soothing environment of my home studio – in the end I want to be on stage, performing. When I find my optimal flow though, it feels great either on stage or in the studio.

Any new artists on your radar?
R: I’m absolutely in love with swim good now – I feel a very deep friendliness in his music, which is a rare and these days sadly underrated thing. Plus the vocal production is just gorgeous.
S: I recently discovered Hyperclap – a berlin based producer-duo, their single “Clouds” really sums up what I like in electronic pop music.

Any sub-genres you feel are overlooked?
S: I speak for myself here, but I have been learning a lot from listening to Minimal Music. It teaches me the effectiveness of clear and linear form and structure in music. Furthermore it can be highly relaxing and might even put you into a meditative state of mind. 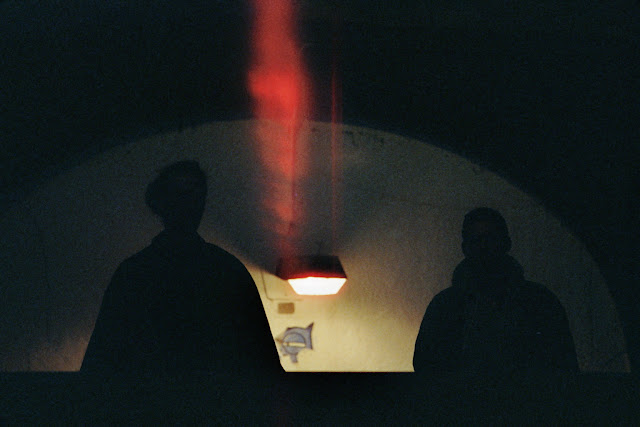 Gary Numan is quoted as saying: “I have always been far more interested in sound than technique, and how sounds work together, how they can be layered. I think electronic music, (in its infancy anyway) allowed us to create music in a way that hadn’t really been possible before. It created a new kind of musician.” What are your thoughts on this statement?
R: Sound design is a very attractive dimension of electronic music – the challenge, I find, is to really tune it, so that it becomes part of the storytelling, the composition you’re creating. It’s not for itself, it’s always about the song or the track as a whole. While the creative possibilities of layering and sound invention are certainly vastly expanded in electronic music, I am too much of a traditional musician to agree that it created a new kind of musician. Layering and the careful choices of instruments to certain parts have always been integral to orchestration, arrangement and even composition. I think of it as evolution, rather than something entirely new.

Take us through the gear you use to create Komplement’s sound?
S: I am working a lot with my Nord Lead A1 Synthesizer. It allows me to merge various analog modeled sounds with each other in order to create more original soundscapes.
Also I am enjoying the more rhythmical approach of playing synths using Expressive E’s wooden Touché Controller. Last but not least, I record percussive elements on my own, either recording them right on street through my little Zoom H2 device, or at home using an Avantone tube mic.
R: Sampling is something I use a lot as well – be it Native Instruments Form, the new Bitwig sampler or manual warping and cutting. To track the vocals I use a Manley Reference mic. Most of the tracks that end up in the final mix are first takes – they are wonky, flawed, human, but capture that first inspirational vibe really well.

You are currently working on new music… Take us through a day in your recording studio?
S: We are not permanently in the same studio together. What has worked well in the past, is to meet up and jam, where we’d just throwing ideas together. After that, one of us would be the master of production, then collects the improvised material and gets that in order. We try to take turns at this process in order to establish a well-balanced workload between us two.
R: Which doesn’t always work. When we are in the final days of producing a song, we are almost constantly brooding over details. But we never stop until both of us stand behind the finished track. The amount of whatsapp voice messages we exchange is obscene.

Any special words on ‘Dust’?
S: It’s pretty chill.
R: That. And it’s production had an extremely well rounded workflow – we both had equal input on the writing, which feels really good. It’s going to be interesting, trying to recreate that balance and flow, as we think it affects the music in a really good way.

How about the recently released ‘Seven’?
R: Seven was a ton of hard work. It’s a beast we’ve been chasing for over a year. This track has gone through so many iterations, both live and for the video – I’m glad it’s done and happy how it turned out. Working with Izah, the dancer, and our video crew was an amazing exchange among artists.

Tell us about any upcoming shows or releases you have in the pipeline.
S: We will release the single ‘Far’ on the 14th of september, which will also be the first track on our debut EP ‘Brush’, which is going to drop on the 9th of November on Berlin based label Fenou.
The majority of our summer festivals are done now, but a few are still to come. After that…
R: … we’re going to play our first tour as support for SONO this fall, which will take us all across Germany. We’re also thinking about doing some unplugged shows and live streams from the studio in the near future.
And of course there is the EP release show in Cologne, together with our friends from Moglebaum.

Famous last words….
Can we sample that?

Thank you for the insightul conversation, Robert & Sebastian.
Please support Komplement below – 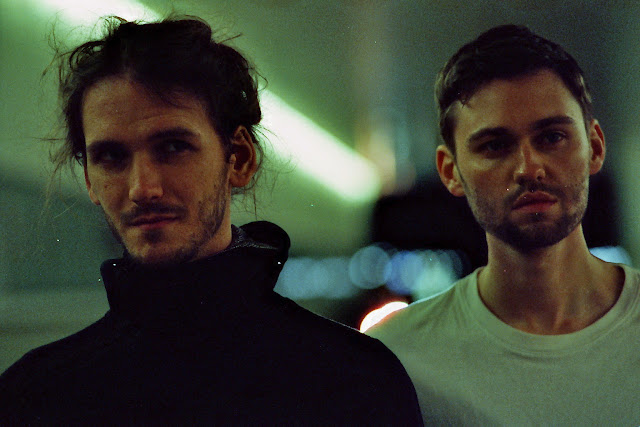