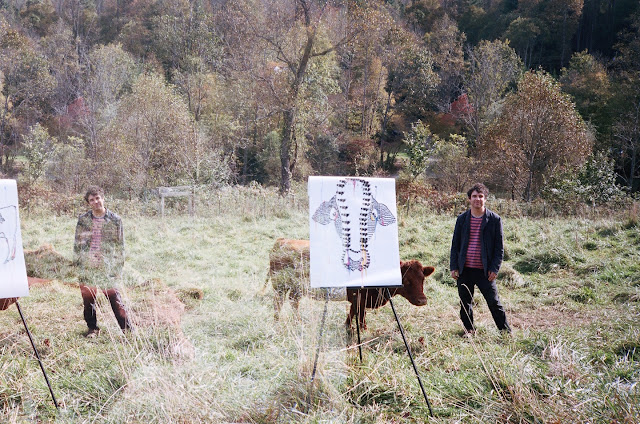 Avey Tare, a.k.a Dave Portner of Animal Collective, has announced the new album Cows On Hourglass Pond, for release on March 22, 2019.

The first song to be released from the forthcoming album is ‘Saturdays (Again)’:

Says Abby Portner, on the video:
“For the Saturdays (Again) video I wanted to try and create what it would look like inside Avey Tare’s new record cover, if you were to step inside and hang out with Dave and the cows in a surreal, colorful landscape. Since I did parts of the record art and paintings in the press photos, I wanted it to all be included inside this video.“