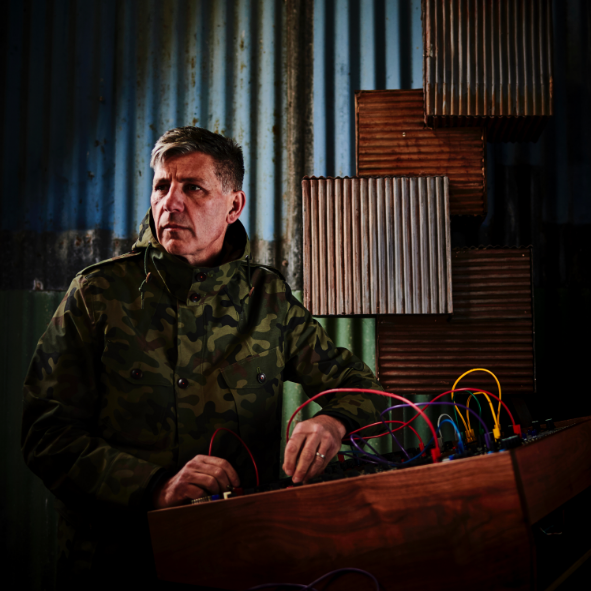 Chris Whitten’s reputation as a rock musician has been pretty much cemented through his career as a drummer, but it was probably his early interest in classical composition that gave rise to the original video game score for Burn:Cycle in 1994.  Originally composed and produced by both Chris Whitten and BAFTA-nominated British film score composer, conductor, producer and musician Simon Boswel, it was the first of its kind – a game soundtrack that featured orchestral music.

However, his multifaceted interest in music encompasses a passion for synthesisers, and thus, his latest offering Burn:Cycle Reworks is four reimagined electronic compositions of the original soundtrack. The first single ‘Burn:Cycle Theme’ was released earlier this month, and the EP is set to drop on February 22nd via Here & Now Recordings.

Erring on the minimalistic side, Burn:Cycle Reworks draws parallels to the works of Max Cooper and Stephan Bodzin, and Whitten cites influence from the likes of minimal techno artist Speedy J, Kenny Larkin, Kirk DeGiorgio and contemporary electronic producer Lone.


“I’m known as a rock musician, but my first love has always been dance music and electronica. In the mid 1990’s the opportunity came up to submit some music for the rather trippy, futuristic computer game ‘Burn:Cycle‘. So it was the perfect vehicle for me to express my ‘techno’ side. I’m always learning and improving, so when Here and Now Recordings re-released the original game soundtrack in 2018 I offered to revisit some of the original score. It turned into a complete reimagining of four of the tracks, employing modern recording techniques and new sounds created using modular synthesizers and music software.” he says.