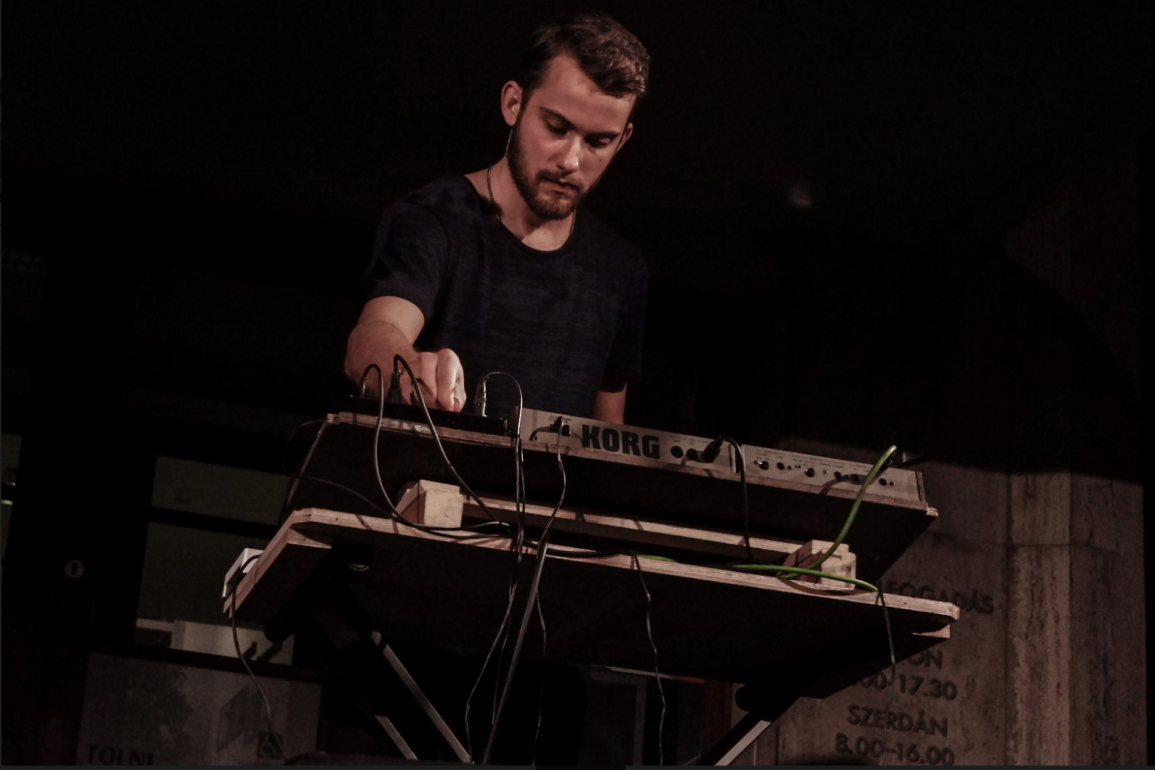 Budapest-based instrumental/electronic musician Marton Pongor, better known as Ponkie makes chillout electronic sound by mixing melodic guitar themes with grooves, synths and flying harmonies. He likes to keep his music relaxing but with a catchy, musical interest at the same time.
After Ponkie finished his music conservatory studies on classical guitar, his rock band was suddenly over, which allowed him the chance to start his solo project in 2018.
Describe your sound for us. What do you want people to feel when they hear your music?
Chilled melodic sounds, some grooves and the atmosphere take you to another place. I would like to give a feeling like this for the listeners.
Which 3 artists have influenced you the most growing up?
Red Hot Chili Peppers, Pink Floyd, Tycho.
How did you discover your particular sound?
When I was 13-14 years old, I just plugged my guitar to the laptop to record something and realized it’s the best fun, and the opportunities are endless. I started to learn some software skills and playing with sounds and effects at home. It was a process that was totally based on the flow.
Now I’m trying to be more conscious about using the sounds. Usually, a whole song is ready with synths, beats, melodies and I’m just spicing up with some guitar at the end. This is how the process turned around. But the flow is still always there.
What are the most important pieces of equipment for you?
My guitar, VolcaSample for drums and VolcaKeys connected to Arturia Keystep for some pads/bass. This is my low budget home set up on my desk for inspiration. But when I’m producing a track I get lots of extra sounds from the software and sample libraries of course.
What outside of music inspires you to create?
Go to nature, cycling, travelling. Being away from the weekdays.
Do you have a favorite memory of your career so far that you will take with you forever?
Yes. But it was before my solo project ‘Ponkie’. We have a 5 concert tour in the UK with my ex-(rock)band, where I played on bass guitar. It was a decisive experience to see something from the music industry there. Taking our own music “worldwide” was a really elevating feeling.
If you could work with, or perform alongside any artist living or passed, who would it be?
Josh Klinghoffer, actual guitarist of RHCP. I love his music.
Most artists say that if they weren’t artists they would be mailmen/women… what would you be?
Being a football player could be cool (Just not in Hungary).
What can we expect from you in the near future? Any upcoming projects or gigs in the pipeline that you would like to tell us about?
Writing songs for a new EP, and starting to perform live.