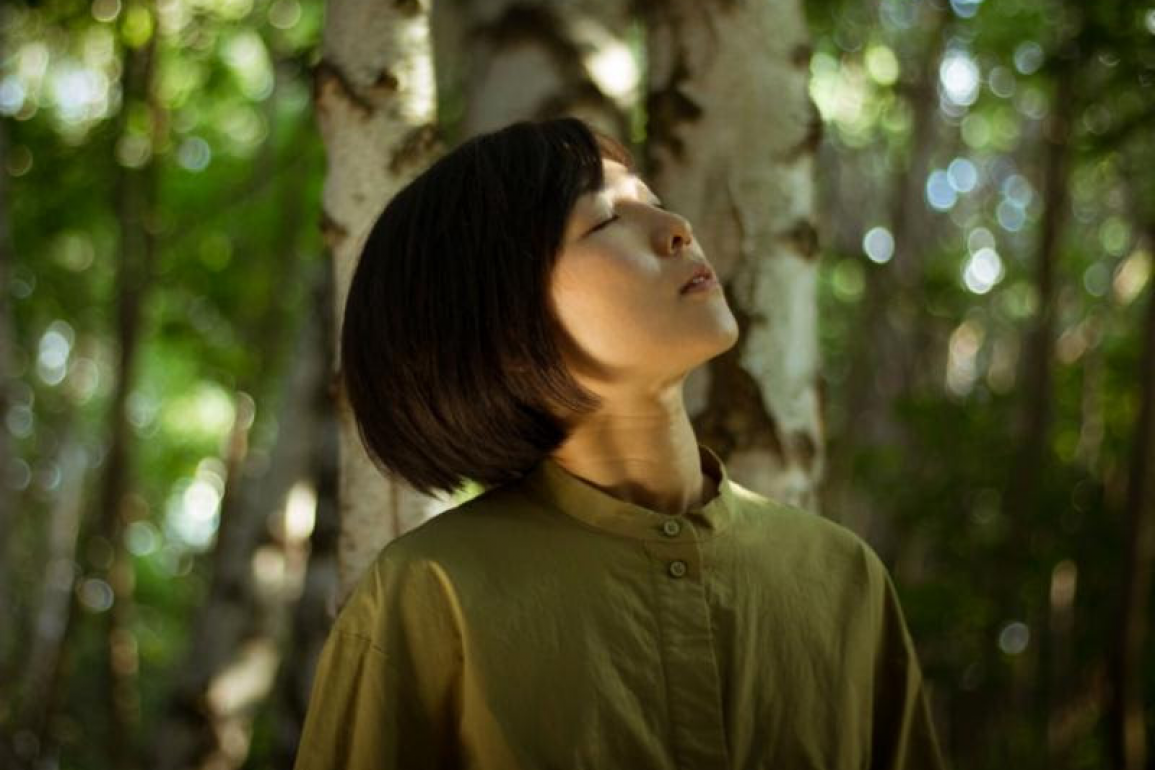 The film follows the curious journey of mysterious stones descending deeper into a cave, undergoing changes in the electromagnetic field. Director Abe Pazos offers a more comprehensive explanation of the cerebral narrative:
“A story about a mind trying to come up with a great creative idea, represented by a world of stones wanting to become something they are not – organic. They attempt this by performing choreographic moves eliciting unsuccessful responses, like a novelist rewriting the same page over and over.
Too many attempts trying to reach nirvana bring burn out. It is a paralyzing shock, but one stone refuses to give up, like a doctor trying to revive a patient.
Slowly the team joins to get back on track. Prior stress makes them clumsier, but still, a new world is found. Do they survive the effort? – to be continued.”
Floating Spectrum is the moniker for Taiwan-born, Berlin-based composer and audio technologist, Mei-Fang Liau. Her debut album as Floating Spectrum, A Point Between (released by Brooklyn’s Temporary Residence Ltd) – crafted from a combination of synthesizers, everyday household objects, and unique software synthesizers made by Liau herself – is truly a sound and vision unlike any other.
To complete the album, Liau relied heavily on a self-made, fractal-inspired software synthesizer called Polyphylla, which simulates the way in which nature creates very complex and organic forms just by repeating slight variations of a simple form. It allowed Liau to create slowly evolving textures and sounds with complex dynamics, and thus the driving influence for the whole of A Point Between. The lone outlier is “Eruption,” for which Liau built a generative sound system that turns visual data into sound. In this hybrid system, sensitively fluctuating analogue signals, fine-tuned data analysis, and human intuition perform together as one coherent living being. The technological marvels of Floating Spectrum are, of course, uniquely impressive. But the more astonishing and intangible triumph of A Point Between is its singular ability to collect and shape such abstract sonic organisms into richly textured, immersive works of art. It’s that profound resonance that makes A Point Between such an uncanny work of emotional and structural depth.